If you haven’t heard of the USS Riker’s Beard then shame on you and on your hoooouuuuse!

The good crew of the USS Riker’s Beard are a group of Trekkies who met at the first Destination Star Trek London, all sharing the same hotel. The crew had brought with them the humble beginnings of their bridge set which has been slowly added to in the intervening years. Like all great crews they quickly built a strong rapport and meshed into one superb unit. 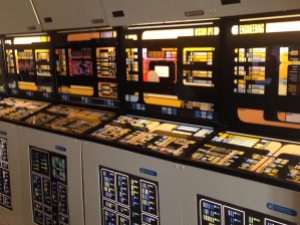 At the first DSTL the Riker’s Beard was simply then named the USS Customs House after their hotel. They later changed to the current name a name eponymous with all things great about science fiction generally in honour of the mighty hirsute one. The crew then started to build their ship from the inside out!

The Ship’s Captain, James Dillon has been building some incredible replica sets such as the Command chairs from the Enterprise D, a transporter set and panels. The crew assemble these at conventions across the UK and collect money on behalf of various charities at each event.

This crew promptly escape from these events to the United Kingdom underground where, to this day, they survive as agents of good. If you have a convention, if no one else can help, and if you can find them then maybe you can book USS Riker’s Beard! 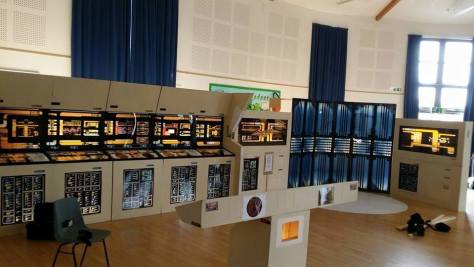 However the Riker’s Beard project is approaching a point of critical mass and needs additional crew to help maintain their presence as well as build their new super secret next construction project! If you are based in or near the Kent area and can help with assembling, transporting or storing these sets? Do you have skills with electronics, lighting, carpentry or special effects? Do you have a trailer, van or lorry to help with transporting these items? Do you have access to secure, safe and dry storage spaces for large sections of the sets? If the answer to any of these is yes then then the Good Ship Riker’s Beard needs you!

We have the Captain’s word, you’ll never wear a red shirt whilst lifting heavy objects! You can check out some of their work from this video at the SF Ball earlier this year. If you think you can help you can find the Riker’s Beard Facebook group “The Good Ship USS Riker’s Beard” (closed group) or contact the Captain on captain@rikersbeard.co.uk